Sony is a large-scale comprehensive multinational enterprise group that is world-renowned in Japan. Headquartered in Tokyo, Japan, Sony is the world leader in audio-visual, electronic games, communication products, and information technology. It is the pioneer of the world’s earliest portable digital products and one of the most representative manufacturers of digital products in Japan. One of the largest music companies, one of the world’s three major console game giants, and one of the six major Hollywood studios in the United States. Its brands include Xperia, Walkman, Sony Music Entertainment, Columbia Pictures Group, PlayStation, etc.

In the past, they have transformed from a single electronics industry to a multi-field enterprise. However, after multi-field layout, they did not understand for a while how to influence each other to promote brand building. They are still thinking like in the electronic age: Make products and black technology.

After a period of exploration, they realized that the core of connecting multiple fields is actually that people are consumers, and technology is 1, and creating a connection with consumers is the countless zeros that magnify 1 in the back. So, from kando to “Getting closer to people”, Sony is actually doing one thing: transforming into a company that can be called “based on technology to realize the emotional and spiritual pursuit of human nature”.

At the 2019 strategy meeting, Sony formulated a new brand positioning:

First, focus on the development of the game business to enhance the immersion of the future game experience so that users can play anytime, anywhere.

Second, continue to develop new IP, and promote the interaction between film and television IP and game business.

Third, in terms of electronic products, it is proposed to “pursue creation of new value”.

At each point, the ultimate goal is to better serve consumers’ emotions and experience. 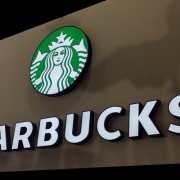 Starbucks Coffee Company was established in 1971 and is headquartered in Seattle, Washington. It is committed to ethically sourcing and roasting the world’s high-quality Arabica coffee. In 82 markets around the world, Starbucks has more than 32,000 stores and is the No.1 professional coffee roasters and retailers.

As the world’s largest chain coffee store, Starbucks has successfully attracted consumers from all over the world with its unique brand culture and experiential marketing strategy. Coffee is not only a simple drink, but also a process of people’s social needs and the pursuit of self-worth. Starbucks firmly grasps the psychological needs of consumers, pays attention to brand promotion, and maximizes the personalization of consumers. Maintain customer satisfaction and loyalty.

First of all, Starbucks brings a different experience to customers from objective conditions. On the one hand, Starbucks has spent advertising costs to train its employees and provide salary incentives, so that each of them has the ability to become an expert in Starbucks coffee, and they can better interact with consumers, provide high-quality services, and get feedback from consumers. On the other hand, Starbucks also created warm lighting and soft music, so that consumers can enjoy the beautiful atmosphere of coffee. In addition, Starbucks has established cooperative relationships with coffee bean growers in Indonesia, East Africa and Latin America to select the best quality coffee beans, just to ensure the natural aroma of the products.

Second, Starbucks puts the subjective experience of customers first. Every customer who walks into Starbucks will feel a sense of security and belonging. Here, customers can completely relax, enjoy their personal space, read books, and chat. This is a dual experience of emotion and soul. Starbucks adopts a self-service business method. Customers can wait at the table or go to the waiting area to observe the process of making coffee. Consumers have profound experiences from the senses to emotions, so they can leave deep memories and provide the possibility for their repeated experiences.